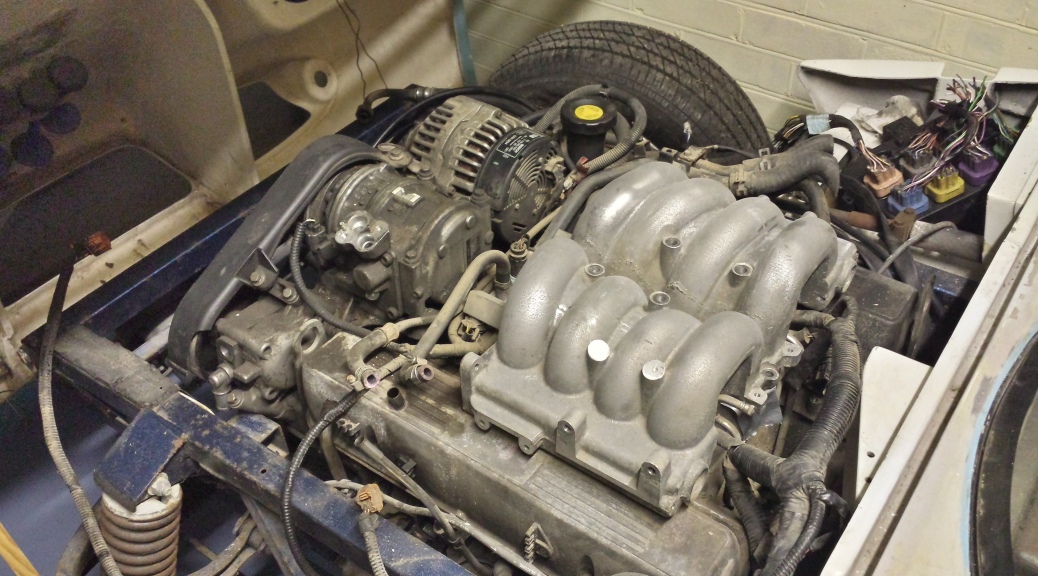 With the engine in place it’s clear that there’s quite a bit of work to do before everything fits properly.  We installed the Thor V8  with most of its ancillaries in place. Now I am removing parts that prevent the bonnet from shutting. 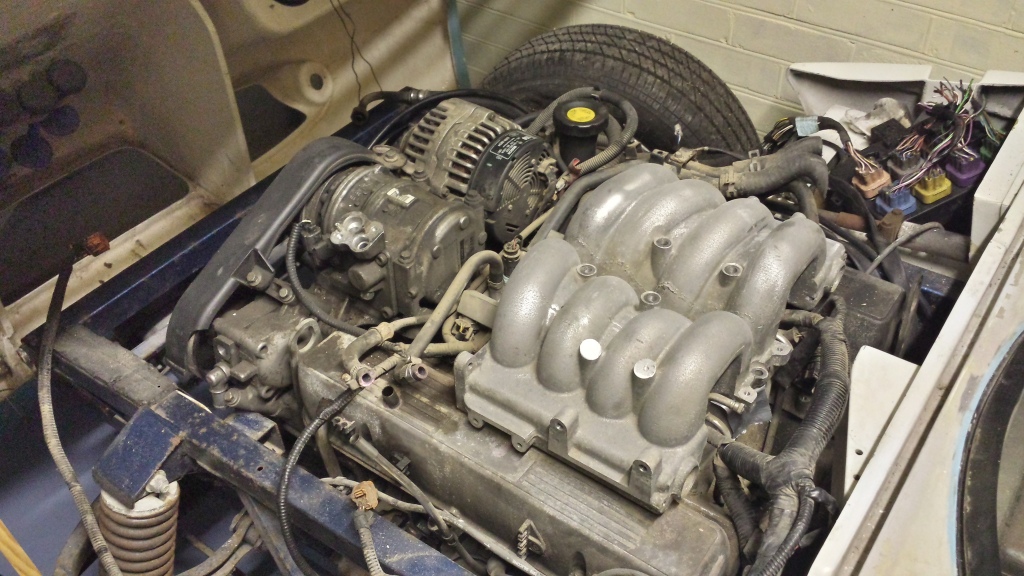 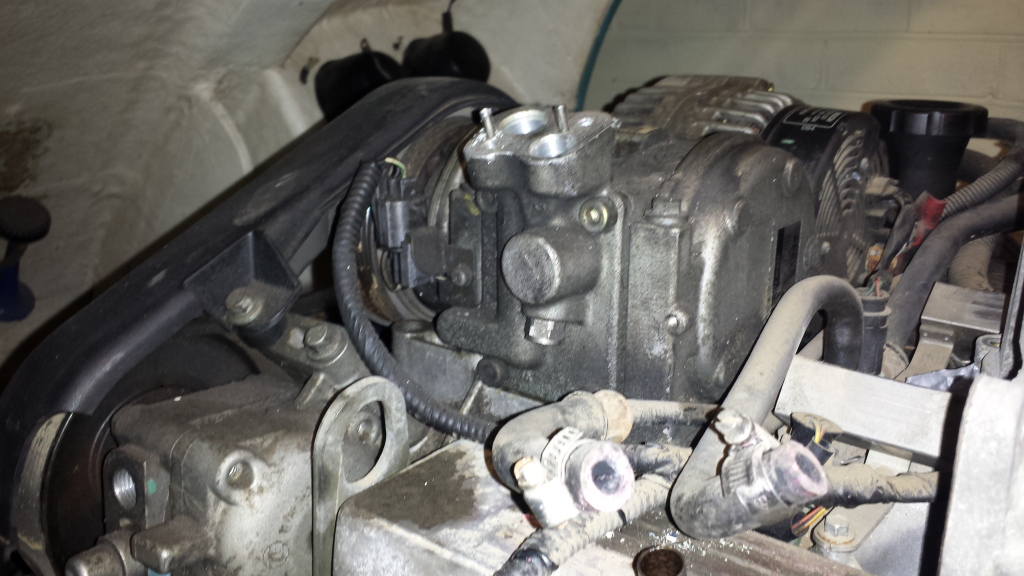 There are now two more serious problems to fix. The inlet/outlet position on the aircon compressor is too high  and will only get higher with its pipes attached.  Perhaps there is a variant of the part that has a different pipe configuration?

Although I won’t be keeping the steering pump, I would prefer it not to be acting as an engine mount. When I can clear the engine steady bracket, I will gain another 10 mm of extra bonnet clearance. 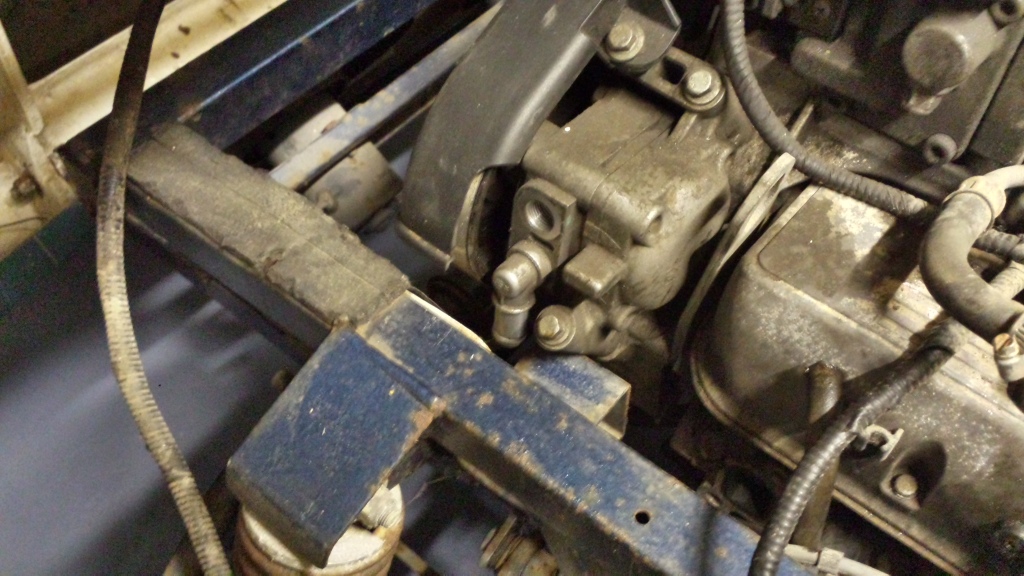 For some light relief while I had the inlet manifold off the car I  started trying to get a polished finish like the  show engine  that was shown a few posts ago.