Now let’s get this engine running again. To make that happen I’ll need some throttle bodies and some sort of angled manifold. First stage – design the manifold…

The position of the throttle bodies will be defined by the need to clear various other engine components.  My initial plan was to make a wooden mock-up, then give it to a machine shop to mill a version in aluminium. Then I found a possibly better option. Protolabs is a company that takes your 3D model and returns a machined part in the material of your choice.

First problem: learn to use a 3D modelling programme. Here’s my first effort, not perfect yet but getting there… 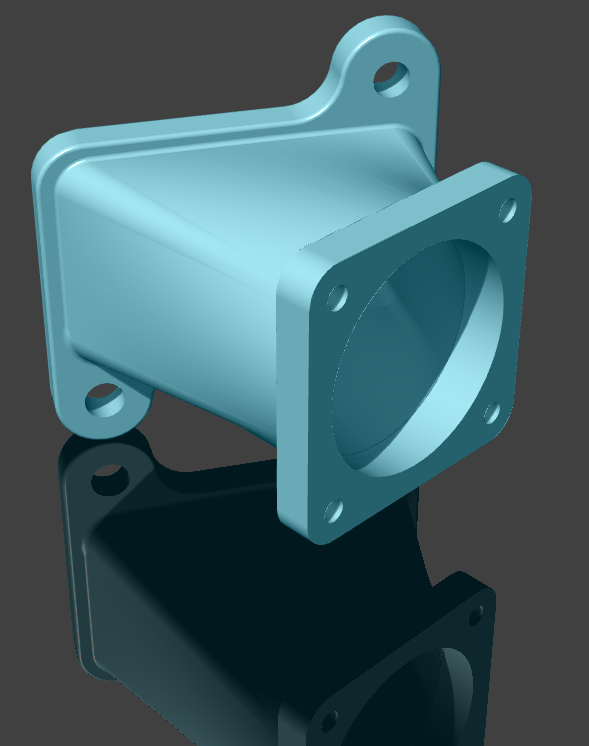 Well, unfortunately my manifold design is too complex for the three axis milling process, so I will have to re-think this. I really wanted to avoid an ugly welded construction, but maybe that’s what I will have to accept.

Or I could try Carbon fibre…