First post of the year and it’s only February! After what feels like an eternity, the IRS conversion starts next week.  The design work was far more complex than expected, but after a few set-backs I eventually  had a 3D model that I was happy with.

From the 3D CAD model I was able to generate the sheet metal drawings for all of the brackets, webs and plates that will give the IRS its strength. All 57 items were all cut out of 3mm steel plate on a CNC plasma table at Northshore Classics here on the Isle of Wight.

A company on the mainland made a few dummy bushes for me. These will be used in place of the poly-bushes while the chassis is being welded. That will save the poly-bushes from melting and ensure all of the suspension mounting points stay in alignment.

The threaded item on the left will be for the lower wishbone pick-up points which will be welded into the chassis tubes.

It’s been a slow year for work on my old Mantula. The latest delay has been caused by having too much paying work to do. I can’t complain its nice to know that I can pay the bills!

One of those bills was for a whole batch of parts from Marcos Heritage Spares. They supplied the wishbones and shock absorbers for the conversion to Independent Rear Suspension. Having these parts available for accurate measurement means that I can complete the 3D CAD drawings of the entire chassis. 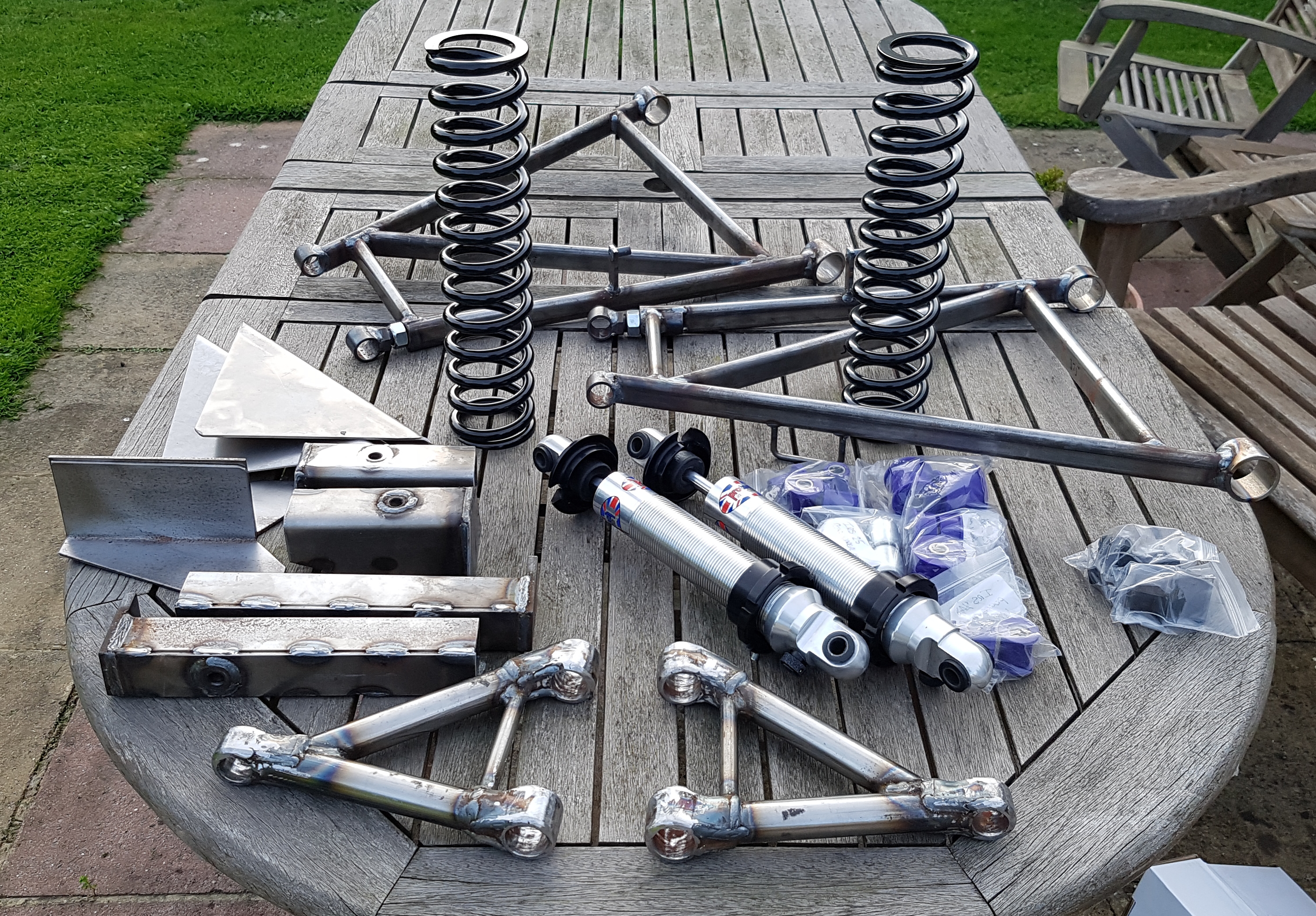 While I do have the basic measurements of an IRS set-up, I have an idea to make some design changes over the original Marcos design. One of the problems is regarding a known weakness were the differential top mount attaches to the chassis cross member. So, I’ll attempt to use Finite Element Analysis (FEA) in Fusion 360 to prove the strength and perfect my design. More on the results in a future update.